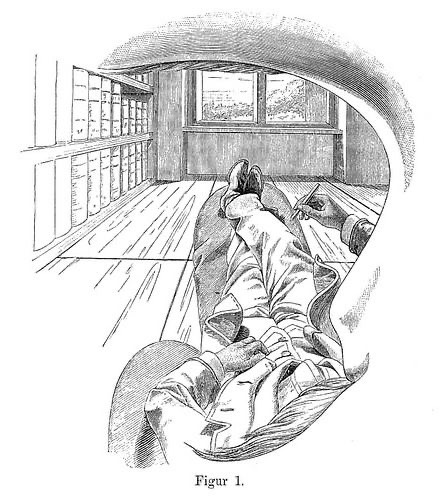 One always learns one’s mystery at the price of one’s innocence.

In the 1990’s philosopher Ken Wilber created a very detailed model for mapping human evolution and psychospiritual development potential, synthesising Eastern philosophy, world mystical traditions and developmental psychology, which he called Integral Theory. Wilber has recently stepped back onto a global stage, to lend his voice to certain intellectual conversations about the intensely nuanced political and sociological age we are in. He has been providing some reassurance in this discussion, by describing how current collective trends seem to suggest we are at an evolutionary tipping point, whereby sufficient members of society have hopefully evolved to an intellectual level (2ndtier) and possess the type of integrated coherence capacity needed for solving the very complex global ecological/economical/humanitarian problems of our time.

Wilber’s integral model emphasises — as did Carl Jung — that in order to optimise the level of consciousness you are operating at, so to ensure you are part of the social solution rather than part of the problem, you will need to own and integrate your shadow tendencies. One of Wilber’s many techniques that he developed for his Integral Life program, and outlined below, is a meditation tool based on Gestalt therapy. It’s called the 3-2-1 process and was designed to help one do just that.

Why do we need a strategy?

The troubling thing about any unconscious process is this very feature — its unconsciousness. The fact of the matter is, when negative attitudes, feelings and impulses are disowned, they are literally disassociated from, and exist below the level of awareness completely.

Yet strangely the story won’t end there. The disowned traits will then cross the self-boundary, and appear as the things, and people outside of us, that rankle us greatly. For instance, disowned hostile feelings, may appear as a distorted perception of hostility existing in our environment, and manifest as acute paranoia. Repressed sexual impulses, may be projected as an obsessive hatred and judgement of certain sexual behaviours. For instance, homophobia is generally considered a shadow projection stemming from ones attempt to push from their awareness the natural homosexual tendencies that exist to varying degrees within all of us.

Then there are other stranger projections. Wilber has described the phenomena whereby sometimes when one is excited but tries to quell that excitement, the energy can switch gears to anxiety, and resemble one being startled by the things outside of themselves, when it’s actually the sensations within. Or one may perceive someone pulling away from them and begin distancing themselves as a response to the felt rejection, or so they think, when in fact the desire to pull away was theirs all along.

There are all sorts of strange twistings of unconscious internal realities into distorted external realities, that occur as a result of shadow denial and projection. Probably the simplest way to identify the unconscious content of the Shadow, is to assume that the opposite of what you strongly desire or detest is also true. If for instance you absolutely feel repulsed by men wearing cargo shorts and wraparound sunglasses, be aware that there is another part of you attracted to men wearing cargo shorts and wraparound sunglasses. I certainly had too.

Curiously, as Ken Wilber has described, shadow projecting is relatively easy to spot for anyone other than the shadow projector. What you tend to see is a person having an emotionally charged response to an event or a person, that seems rather exaggerated. Having a million-dollar reaction, to a one-dollar situation you could say. But to identify our own projections really seems to require meditating on our reactions, moments when we are feeling triggered, and find ways to trace and ideally retract these shadow tendencies.

So the 3-2-1 process is a three-step meditation exercise that can be used when we are noticing feeling disturbed by something or someone to do just that.

So, let’s use an example. Say a man is picking up his girlfriend, and when she gets in the car, she looks around and notices rubbish around on the floor and says, “Oh my God! Your car is a pigsty.” And the man while he says nothing, feels intense anger for the comment, thinking just how rude and critical his girlfriend is, and spending the whole drive back home silently irate and contemplating all the areas of mess he can identify in her life.

So, the 3-2-1 process involves imagining first facing the person whose disturbed your peace of mind, then talking to the person, and then becoming that person. For our man fuming over his girlfriend’s harmless comment, he would need to create a mental image of her saying the comment again and really notice and focus in on his own disturbance. Thus, the person is looking at the girlfriend from a 3rdperson stance, where the girlfriend is an ‘it’, an object out there.

The next step would involve the man imagining he’s facing his girlfriend, and beginning a conversation with her taking a 2ndperson ‘you’ vantage point. He might ask, “Why do you always criticise me? Why are you always looking for faults in me? You just can’t seem to accept me for who I am.” An imagined dialogue may ensue between the 2ndperson subject the man, and the girlfriend. Then, the final step requires the man steps into the role of the girlfriend and tries to identify with her comment, imagining himself getting into his car as her, and making the comment about the mess from the 1stperson point of view.

Here the man will hopefully after taking the first 2 steps be able to identify with his girlfriend’s perspective and recognise that this is his own criticism, towards himself. He himself feels like he should have a tidier car, otherwise the remark would not have stung so sharply. Furthermore, he may then be able to identify his own tendency in this situation to criticise and scrutinise his girlfriend for her faults, recognising he too is a critical partner. Perhaps even more so.

Now if the girlfriend had actually made the comment with genuine contempt, it may have been her own repressed messy side that she was projecting onto the man. And so, you can see just how much we are all just clobbering ourselves and others, over the head with our repressed shadows. So much hurt, misunderstanding and confusion will result from this repression, and so one, perhaps does — as Jung advised— have a social responsibility to get familiar with their shadow.

And while this will result in the painful realisation that the most despicable traits exist within you, it paradoxically makes you more likable, even to one’s own dirty, crazy, wicked self.